On April 9th, Tablo released Epik High’s poster for their Epik High: 2015 North American Tour, where they will be going to a total of six cities in the United States and Canada! Their tour comes to no surprise to fans as Tablo has previously mentioned in Billboard’s interview that they were planning on having their tour take place during the early summer months.

The last time they’ve been in North America was when they performed at SXSW 2015 back in March, with their last U.S tour with Map The Soul occurred in 2009. Needless to say, this has been a long time coming.

Tickets go on sale on April 15th at 12PM in your city. Your city not listed? Tweet your location at #EpikHighTour to @EpikHigh2015! 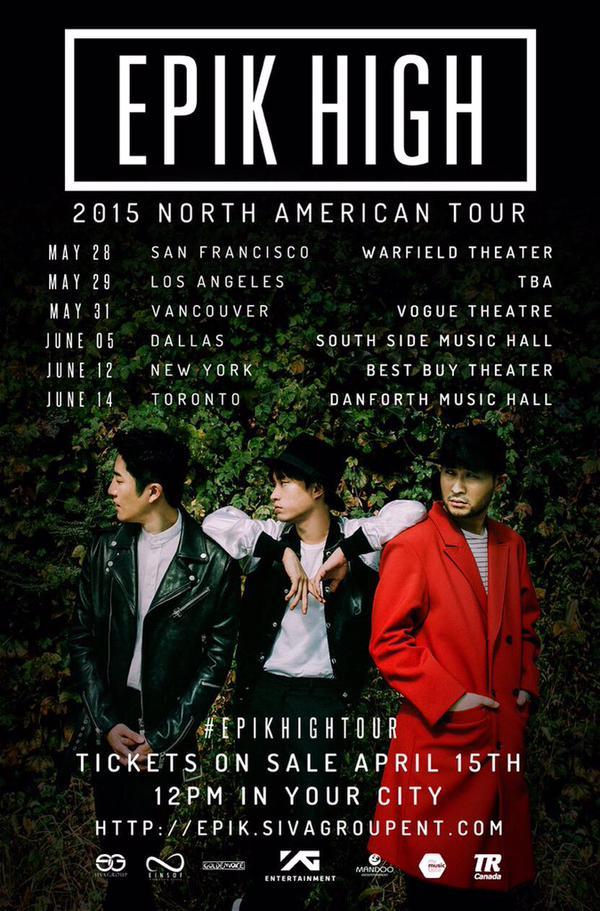