Block B’s P.O is receiving criticisms for his inappropriate stage outfit during a stage performance on Korean Independence Day. P.O remains under fire as he was heavily criticized for the outfit he worn onstage as they celebrated the 70th Korean Independence Day from the Imperial Japanese Army in 1945. As photos of his recent performance circulated online, many netizens have criticized his thoughtless action for wearing an outfit with Japanese letterings onstage during their Independence Day celebrations.

The incident was initially discussed on Pann though the thread  “Here Is Block B P.O Wearing Japanese Outfit On Independence Day Stage + Apologies,” which also included the apologies sent by P.O and his management agency.

Here is the direct translation of the post and comments. 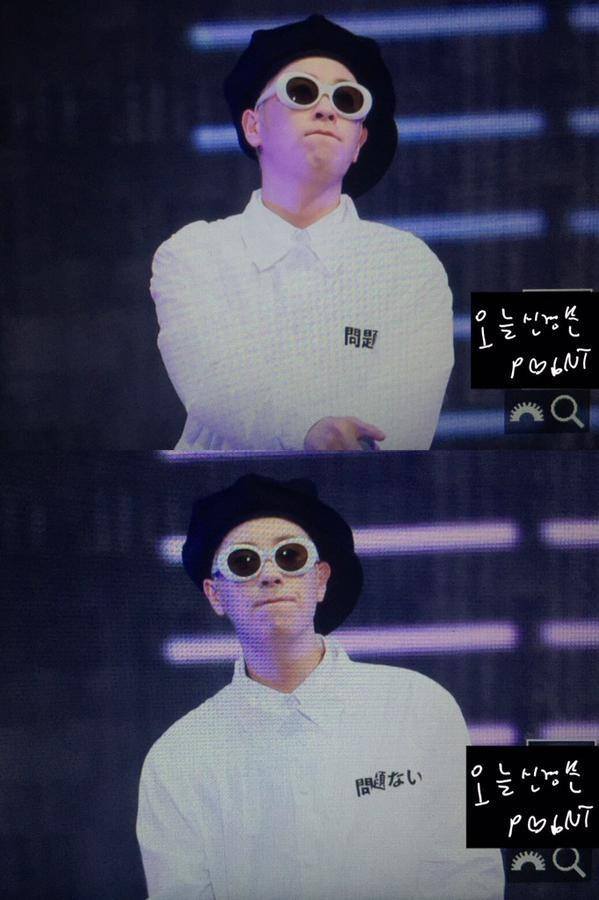 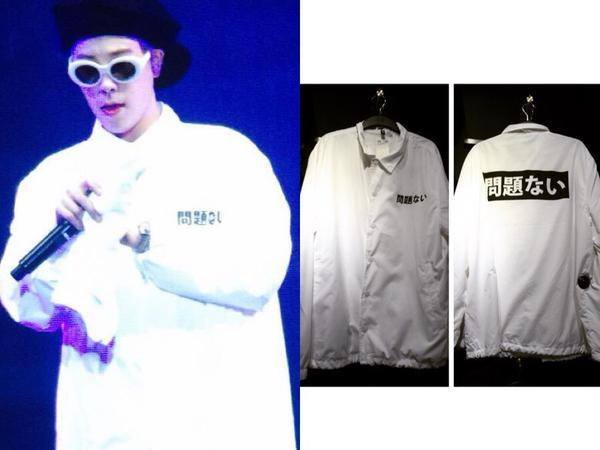 “Why wear an outfit with Japanese writing on the festival that is celebrating Korea’s independence from Japan?”

“What it says on his shirt is = There is no problem”

“But the letterings on his shirt is a slang created by Japan’s version of websites such as 4chan.”

“Even if he didn’t know what it meant, I don’t think he should have worn the outfit anyways”

“+ I heard that it might be his own personal clothes”

“Here are his apologies” 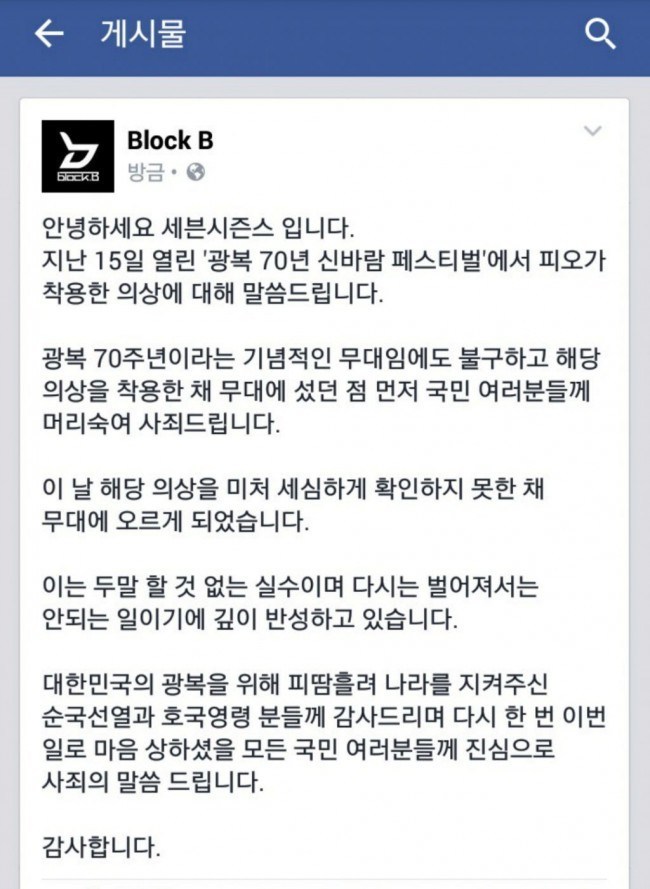 “Hello we are Seven Seasons.

We write to you concerning the outfit that was worn by P.O during the 70th year Korea’s Indepdence Day hosted on August 15th.

We apologize to citizens of Korea for not being prepared in detail regarding the fact that it is the 70th year anniversary of independence.

We allowed this to happen by not being attentive to details.

And because this is something that should never happen again, we will reflect from our mistakes.

We thank all of our ancestors who have brought independence to the Korean peninsula and apologize again to all of the citizens of Korea who have suffered through this incident. 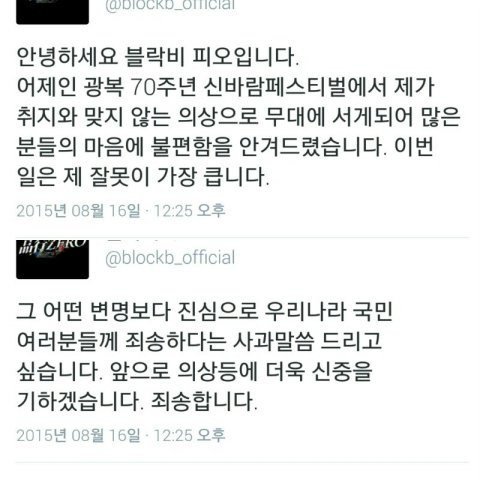 “Hello this is Block B member P.O.

I left many people uncomfortable by wearing an outfit that was inappropriate for the 70th year anniversary of Korea’s Indepdence festival. I’m the one that is at fault.”

“Without any excuses, I first want to apologize to all of the citizens of Korea. I will be more attentive in detail regarding my outfits on stage. I am sorry.”

[ +916 / -49] Freaking thoughtless crazy……….. Didn’t they have other things they did wrong in the past? They’re going to be criticized so harshly