Earlier we reported that Kim Jin Kyung acted offended after the MC of My Little Television commented on her resemblance to CL.

After the video was uploaded and went viral, Blackjacks have been flooding the model’s Instagram with malicious comments and demanding an apology to CL.

Here are some of the comments below. 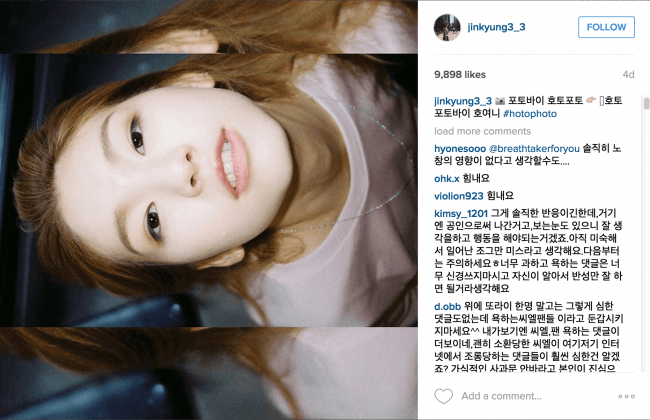 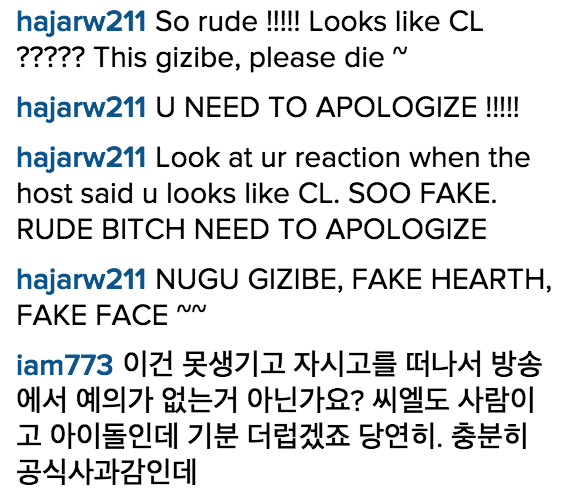 iam773: “This is not a matter of being pretty or not but it is bad manners right? CL is a person and an idol who probably feel like crap about this. This is a matter that you should officially apologize” 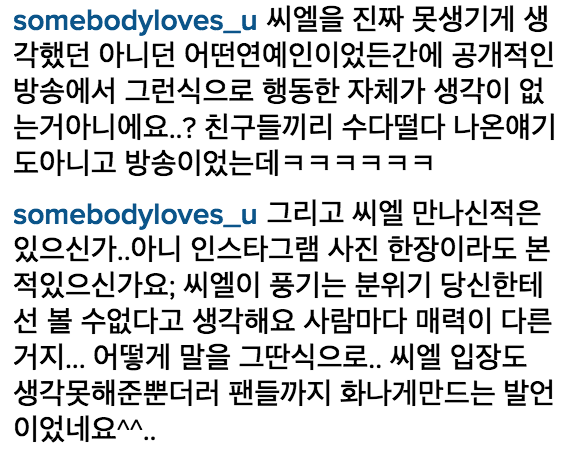 somebodyloves_u: “No matter if you really think CL is ugly or not and whoever your talking about, wasn’t your actions clearly with no thinking..? This is not a chat between your friends but in a program hahahahahaha”

somebodyloves_u: “And have you ever met CL.. Or have you seen a picture of her on Instagram; I think CL’s appeal is something unique that can’t be seen from you. Everyone has their own unique appeals… How can you say crap like that.. It was something that not only show your thoughtless actions towards CL but making her fans mad ^^..”

sarah0120mj: “Apologize. Think of it in her shoes. Wouldn’t you feel terrible?”

These are comments from Pann talking about the recent video as well.

[ +122 / -21] I hate how a person who’s career is not even in the tip of CL’s toes make fun of someone’s appearance and get angry by the comparison.

[ +118 / -20] I’m really speechless. Hwang Jae Geun? That person mentioned that CL looked like Jeremy Scott or something and acted rude in another program. Mmm. Woah. I’m really speechless. I really hate how low-class the viewers of My Little Television are too. CL was just standing there and was getting made fun of by all types of insults. I hope the people who think they’re hot shots live a good life ^^ Kim Jin Kyung model, I hope you take over the model industry ^^ I’m really proud of CL who went up so much in this shitty ass country who values looks and appearance.