In an attempt to generate waves of criticism against Girls’ Generation’s Taeyeon, it appears that antis have brought up a previous instance of trashed fan letters.

Posters on Pann have taking to resharing this image of letters addressed to Taeyeon. Taken against the backdrop of a concrete floor, the colorful handwritten fan letters seem stained by other trash or water as the writing is slightly smeared in some instances as well.

Although SM Entertainment had previously clarified that these letters were not trashed but simply misplaced and tossed by the cleaning staff, many have brought up this topic of the letters again perhaps in light of the resurfacing of CNBLUE’s signed Girl’s Day albums as well. 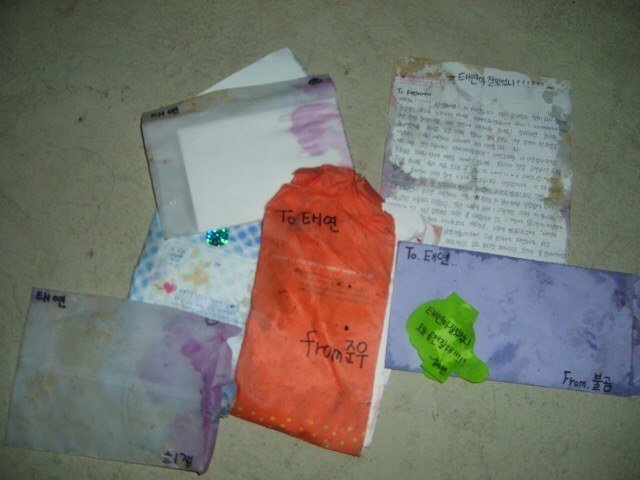 [+ 632, – 116] Apparently she got gifts with those letters and she kept the gifts but the letters were found trashed. They said the cleaning lady threw them out…but…ㅋㅋㅋㅋ